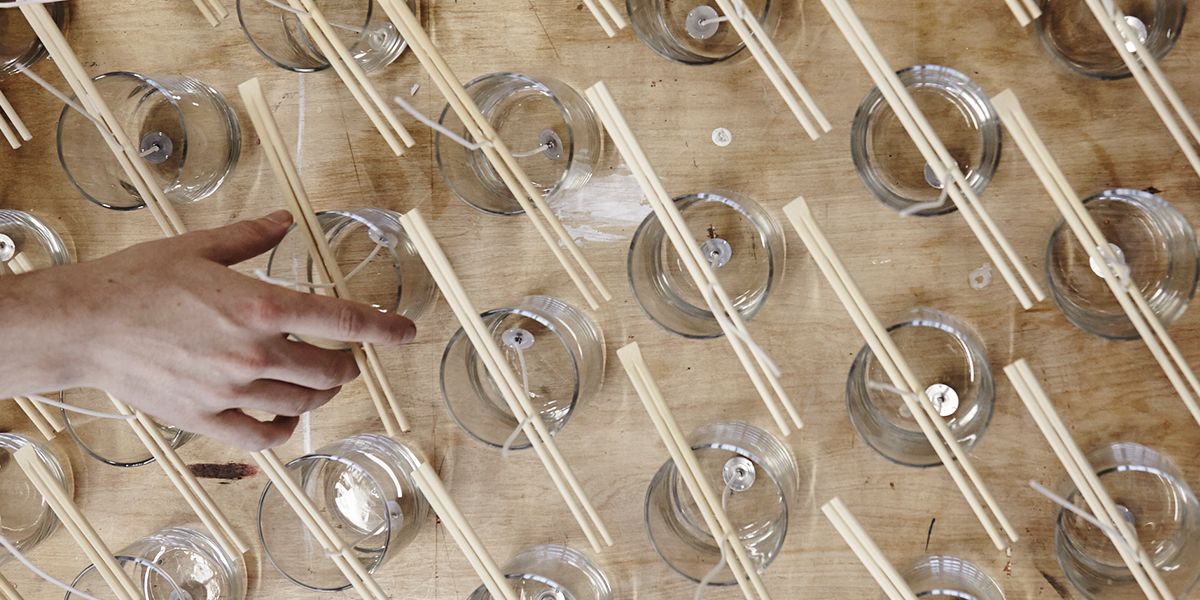 After one too many 10-hour shifts selling candles at the Canal Street Market in Manhattan, Stephen Tracy wanted to quit his job at Keap Candles.

But he had a problem: he wasn’t allowed to quit.

Keap Candles was not just his job, but his business. He’d also signed a contract promising he’d show up at the market every day. Just a year prior, Stephen quit his job at Google to co-found the company with a friend. And now things were not going as expected. At all.

It wasn’t until Stephen and his co-founder thought deeply about the “why” behind their business did things start to turn around. Even though Stephen admits he was not in a happy place and wanted to quit, he had just enough optimism left to make some drastic changes that ended up saving both the company and Stephen as a person.

Featuring insights from Buffer’s Small Business, Big Lessons podcast episode two and the accompanying unpublished interview, Stephen shared what it’s like to pause on business operations to find your why – even as your business is failing – and use that knowledge to turn everything around.

Starting with passion and hitting a wall

Feeling unfulfilled by life working in tech, Stephen and his friend Harry Doull would regularly discuss what they enjoyed outside of work. A surprise came one day as both realized how much they loved candles.

“We would meet for coffee and talk about what we were thinking of doing next, and one day candles came up as a topic of conversation and it was a surprise to find that we both loved candles so much,” said Stephen.

Realizing the passion they both had, the duo decided to launch a candle company despite neither having ever made a candle. Within a few months, the euphoria they felt as new entrepreneurs came to a startling halt.

“Three months after leaving our job, we had spent a lot more money than we anticipated and had already done some pretty drastic things like cashing out our retirement savings,” said Stephen. “And we still didn’t have a candle!”

Financial pressure mounting and a few candles made, Stephen and Harry began saying yes to anything they felt would help them sell candles. Eventually, they signed a contract to open a booth at the Canal Street Market in Manhattan. Without really thinking it through, Stephen said the duo committed to staffing the booth from 10 am to 7 pm, 364 days per year. And they signed a year-long lease.

“We had got ourselves into a situation where we were now not spending our time doing the things we wanted to be doing,” said Stephen. “It felt that we were trapped in a way, that we were now having to show up and work a retail shift.”

Finding a why that drives you

While Stephen said there was no official “rock bottom” moment in the company, both he and Harry were beginning to feel like failures. Candles weren’t selling all that well, they felt trapped in the Canal Street Market contract, and both of them were thinking about calling the business a loss and moving on.

Not ready to quit though, something changed in Stephen.

“What really happened was we eventually acknowledged that we were not in a happy place individually or as a business, and that something needed to change, and there was enough hope and optimism left in both of us to realize that there was a way out of this,” said Stephen.

“We managed to carve out what felt like very precious time to just spend time together… talking about what is our purpose?” Stephen continued. “… I remember still feeling a little bit lost in that process, but that was what we felt instinctively that we had to do.”

In the end, Stephen said he and Harry realized they needed to get clear on their bigger picture purpose. Otherwise, he said, “we were just going to keep falling into the same habits of saying yes to things.”

The duo also decided to start working with a business coach – Holly from AskHollyHow – in summer 2019. Stephen said it kind of felt like therapy as Holly told them to think about what they want as humans first, then second as business owners. The first assignment Holly gave them was profound for Stephen: “write down where we hoped our lives would be in five years’ time.”

The activity led to some shocking discoveries for the downtown-Brooklyn based startup, the first and biggest being geography: Harry wanted to move to upstate New York while Stephen wanted to move to Long Island or even back to his home country of Guernsey, near the UK, to be by the ocean. Second was wanting the company to help build spaces for conversation and connection, building new moments in an ever-distracted world. It quickly became clear to Stephen the current way they ran their business wouldn’t help them reach those whys.

Changing your business to match your why

Fresh from working with Holly, Stephen and Harry approached their 2020 and 2021 annual planning meetings much more mindfully. Instead of thinking about business goals, they thought about alignment between business growth and personal goals with a goal of a “truly integrated sense of the company being the one that we wish to build.”

One shocking change came from this planning: Keap deleted all of their social media accounts.

“So that for us, just to be clear, meant no more Facebook, no more Instagram, and also no more marketing done through those channels as well,” said Stephen.

As a direct-to-consumer company that advertised on Facebook and Instagram, Stephen said the decision should have been a scary one. However, it wasn’t because they acted in alignment to their deep personal desires.

“We wanted to take a stand and say it doesn’t make sense for a company that’s trying to cultivate a conversation and a space to be about connection, to then be forcing you to check Instagram for our latest posts.”

Removing what Stephen saw as “the disruptiveness and distractedness” of social media from how they run their business turned out to give the duo much more time to focus on sales and marketing methods that felt more authentic to their “whys.”

“We’re writing more stories on our blog,” said Stephen. “We’re sending out more emails every month, and hopefully in the not too distant future, we can start doing more things that actually bring us joy.”

It’s not (only) about the money

Looking back two years later, he said that growing a business authentically comes back to two questions: 1) What is the business really about? and 2) Why are you doing it?

For a lot of people, the answer to both questions is “money.” But Stephen and Harry realized they had a deeper “why” for themselves as entrepreneurs. Stephen doesn’t judge folks who build businesses just for the money, though. It’s just that he thinks most people have something deeper within them, whether or not they realize it.

“Running the business with a sense of that ‘why’ at its core, I think, is the way to run a business in a way that brings fulfillment, joy, and happiness,” said Stephen.

Why Wildbit’s Belief that Businesses are Imaginary Could Become the Future of Work
December 3, 2021

A Branding Expert Shares: How to Use Design Templates Like a Pro
November 22, 2021

What Employee Ownership Means for Trident Cafe and Booksellers
November 19, 2021

New: Access Dropbox, Google Drive, and One Drive From Right Within Buffer
November 18, 2021

Grow Your Influence, Build Your Brand: 4 Powerful Ways to Use LinkedIn
November 18, 2021